Bernd Hummel Holding is a family-owned company with traditional values. To us, sustainability means thinking about the future and planning for the long term. We create jobs, educate our employees and offer them good benefits. We think that businesses should be honest and fair. We operate with respect for others and their values and rights. We manage the company according to the standards of behavior set out in our Code of Conduct. All managers and employees adhere to this Code when in dealing with other people and organizations. The Code is a priority in all our business activities. All contracts that we enter into must comply with it, and we do not accept lower standards.

With our Anti-Bribery and Corruption Policy we define that we conduct our business in an honest and ethical manner. We have a zero-tolerance approach to bribery and corruption and are committed to acting professionally, fairly and with integrity in all our business dealings and relationships.

It is especially important to us that our partners and foreign suppliers have safe and socially responsible work conditions. We only work with business partners who comply with binding social and environmental standards. Partners must meet our requirements for work safety, environmental protection, and workers‘ health. Discrimination and child or forced labor are prohibited, and our partners must offer their employees regular working hours and regulated compensation.

We manufacture according to EU and BSCI standards and the REACH regulation. Each manufacturing site is constantly monitored for compliance, by our own employees on site as well as independent institutions.

In addition to regular inspections by our own employees, independent testing institutes such as PFI Germany and the Bureau Veritas Group subject our products to a variety of quality, safety, material and pollutant testing.

Sustainability also means maintaining a high level of quality. We have no desire to flood the market with disposable items. That’s why we rely on cooperations with strong partners like Sympatex, Ortholite, WMS and Vibram, whose quality features are included in many of our products.

Our mission statement lays out the guidelines for our work and how we work together:

Good, motivated employees are our company’s most valuable asset. People are at the center of our business. Our employees can expect that we provide them with a job, but also assistance, security and continuous development. The company is committed to its employees, and the employees are committed to the company. We are all dedicated to reciprocating this promise. This ensures that we enjoy working together, and at the same time secures our jobs and the future of the company. We trust and respect each other.

We want to be true partners to our customers, suppliers and business partners, connected by both friendship and business. We achieve this in part through long-term cooperative business relationships based on serious business practices and mutual regard.

We provide our customers with the very best service. We do our utmost to be there for our customers and to offer assistance and solve any problems they may have at any time. This is made possible by personal attention, continuous dialogue with customers, and a clear corporate culture.

We strive for continuous quality improvement in all areas of business, in both our products and our actions. Continuous optimization of our internal work processes means that we can quickly and dependably respond to changing requirements, and ensure the best performance at any time.

Superiors are role models. They are distinguished, among other things, by the fact that they observe and exemplify the company’s philosophy, self-image and the internal and external rules that govern the company.

As a mid-sized business based in Pirmasens, we feel connected to this city and region in more than a strictly business sense. We express this through social, cultural and community involvement for the benefit of the local population, especially for our employees and their families.

Our commitment to the community

We support arts and culture and our hometown of Pirmasens.

For his dedicated entrepreneurial, social and cultural service, Bernd Hummel was in 2016 rewarded by Minister-President Malu Dreyer with the Order of Merit of the State of Rhineland-Palatinate. In 2008, he received the City of Pirmasens‘ Gold Medal of Honor, and the Silver Medal of Honor in 1998, for „outstanding achievement and appreciation of an individual.“ We regularly give charitable donations and gifts in kind to public institutions and associations.

We also sponsor the Zweibrücken-Bitche-Pirmasens Mozart Association, which is committed to bringing talented musicians to the area. Their concert program is well worth a look.

From 1994 to 2019 we hosted public art exhibitions in our office spaces in Neuffer am Park. All art exhibits were free to the public and exclusively sponsored by Bernd Hummel Holding and our partner organizations. Our employees made these exhibitions possible with their expertise and organizational skills. At openings, our guests were asked to make a contribution to the city’s social service organizations. The contributions generated by this charitable sponsoring concept have gone directly to support regional and city social services, including the Society for the Protection of Children and the Women’s House in Pirmasens.

Facing the pandemic and undergoing reconstructions in our office spaces, we closed our art space. We are working on a new concept for our arts&culture involvement.

Pirmasens Marketing e.V. was founded in 1995 by local companies, the city and involved citizens, with a goal of developing and implementing visions for the city. Bernd D. Hummel was Chairman of the Board from 1995 until June 2003 and is still a member of the advisory board.

We have supported the athletics club Sportverein FK Pirmasens for several years, with a focus on the club’s outstanding youth programs. We celebrate the young athletes‘ success just as much as the first team’s.

We help the Arhöna horse riding stables support a Bennett kangaroo family, the KangaROOS brand mascot. We also occasionally organize children’s camps. Spots are awarded through drawing competitions, and the city sponsors campers free of charge. We want to give city kids a vacation in nature where they can be around animals.

Bernd D. Hummel developed the concept for the Pirmasens Shoe Talks in 1998. Held at first in conjunction with the trade journal „Schuhmarkt,“ the talks focus on the „shoe city“ of Pirmasens and offer a unique platform for discussion with the who’s who of the footwear industry, with representatives from industry, trade, business and politics. 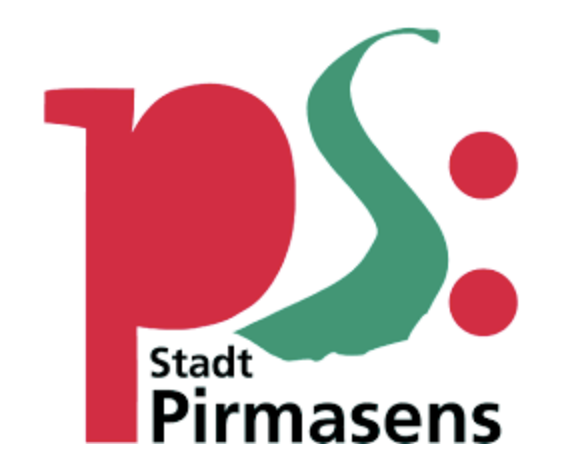